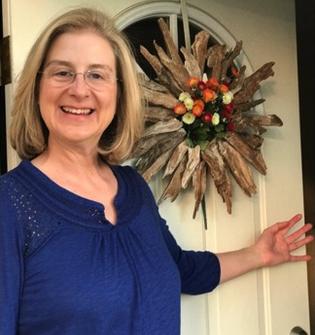 The Nonverbal Consciousness Center for Autistic Children is what I call a Verbal Socialization-Free Zone.  Parents have to be prepared when they suggest using a verbal method or come up with a verbal comment, choice, or movement while at the Nonverbal Consciousness Center for Autistic Children, it is not going to be held up as the “correct” or “better” way for doing the nonverbal task at hand because it isn’t, and as a result it isn’t going to be emulated by the rest of the people in the session.  In fact, parent(s) should realize that what they suggest, unless it is in the spirit of the nonverbal exercise at hand, is probably not going to be accepted as a valid response given the nonverbal context of the exercise.  The verbal comment, choice, or movement a parent makes during a session, is probably going to disrupt the flow of the session and might not even be considered a valid response to the nonverbal exercise at hand, so not only is the child not expected to do what is suggested or brought up by the parent, but the child may be able to help the parent come up with a more appropriate nonverbal response or choice.  Does it sound like the shoe is on the other foot now?

I welcome verbal input from the parents in the session anyway, however, because it gives me an opportunity to demonstrate how different their verbal comment, choice, or movement is from a nonverbal comment, choice, or movement, and how off topic, unresponsive and/or irrelevant their verbal comment is within the context of my nonverbal exercises.  For example, when a parent brings up something verbal, I will probably say “O.K., now that response is really verbal” and then go on to explain why it is verbal, and how what I’m asking for is nonverbal in nature, and then ask the child to come up with his own nonverbal choice and encourage him to participate in the exercise in a nonverbal way.  The parent and the child get to see how different verbal responses and nonverbal responses to the same exercise are, and how the nonverbal response is preferred and required.  Don’t feel bad.  There is a steep learning curve between understanding verbal thinking and understanding nonverbal thinking.  You will always have an opportunity to try again, and choose a more relevant nonverbal response.

The Nonverbal Consciousness Center for Autistic Children (The NCCAC)

Welcome to our Studio!
We chose to make our studio replicate a living room and the inside of a house because we wanted to recreate a typical home-like environment with ordinary, everyday objects and surfaces inside, and objects in Nature outside (like trees, shrubs, flowers, and rocks, etc…), where the child can learn to process environments in a nonverbal way, first at our Nonverbal Consciousness Center for Autistic Children, and then apply what he learns here to process any environments he may enter into.  It is important for children with a nonverbal consciousness to have man-made objects, different textures and surfaces, architectural details, and objects in Nature around them so they can learn to process all of these things in the world in a nonverbal way.  The shelving along the edge of the workspace is loaded with educational tools Suzanne has created in order to show the child effective methodologies that are compatible for his own nonverbal consciousness. 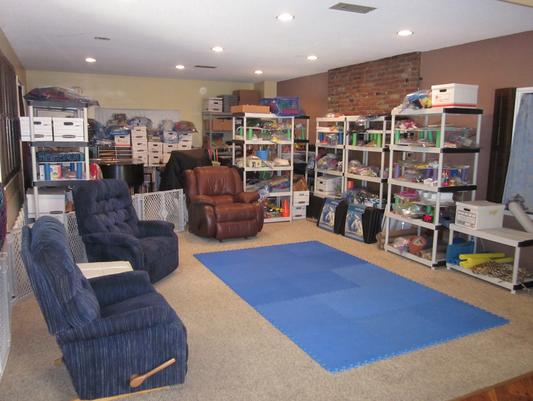 Welcome! This is our home base for Autism Baby. We are located in the Los Angeles, California area.  The Center is a safe, fully fenced facility that provides a lot of space to do nonverbal exercises both inside the center and outside in the yard.

Creating a Nonverbal Environment
Creating a nonverbal environment for the child is not so much about the particular physical objects in the room or outside in Nature, because any object can be processed in a nonverbal way.  It is about creating an intellectual environment where the child’s nonverbal consciousness can be nurtured, and he can learn to develop a progression of thought using his own nonverbal analytical thinking process and memory.  He needs to be in a place where his initial instincts can be recognized as valid within a nonverbal context, and his initial thoughts can be followed down a line to a logical conclusion while he is using his own nonverbal analytical thinking.  This allows him to develop a working intelligence and memory.